Menü
Das Ästhetik-Lexikon bei CONTOR FRANCKBackThere is no arguing about taste – Oh THAT!

About color/s…a summary from lectures 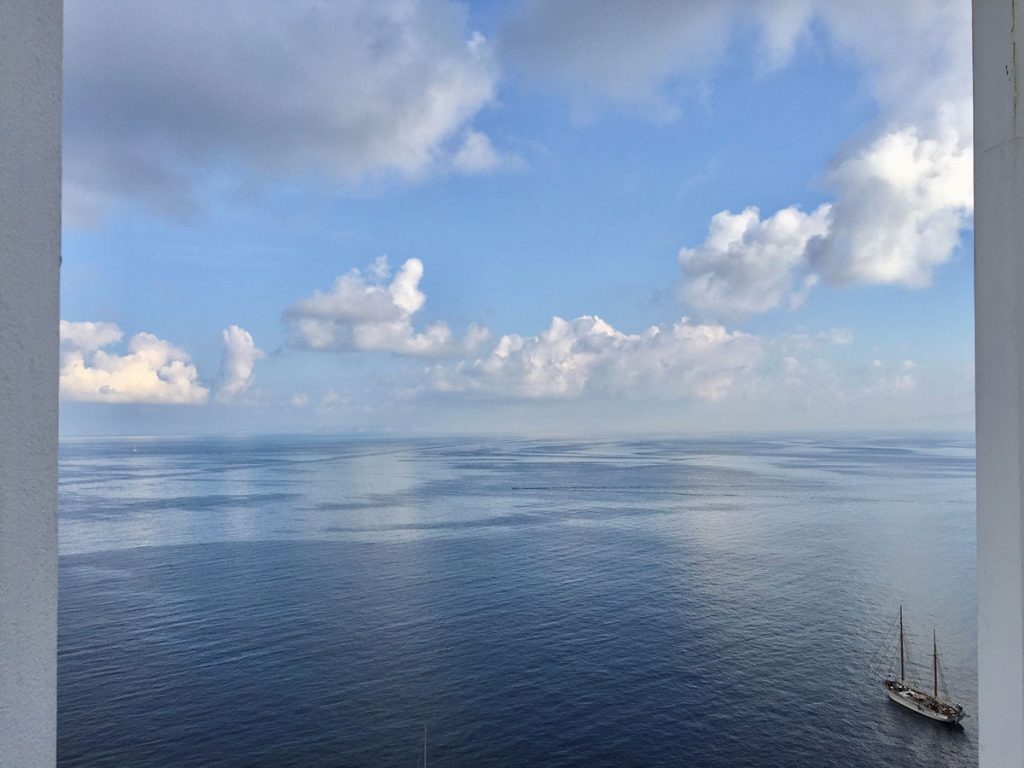 Colors are part of human life - from the beginning to the end of existence. The conscious occupation with colors begins in childhood. It sensitizes for a differentiated perceptive faculty and promotes sensual perception and cognition. It is thus a central building block for the formation of aesthetic sensibility. After all, color and form always have a meaning in our world.

The effect of color has been scientifically proven. There are a wide variety of studies on this subject.

And yet, one's own experience is decisive for the development of knowledge. The dimensions of color effects are manifold: symbolic, cultural, political, traditional, creative, artistic, ordering, psychological - as well as the relativities that condition color: individual taste and subjective feeling, as well as the respective interplay of space, time and destination.

"We are a part of nature and therefore perceive everything natural from the inside out, like the rising sun. Everything cultural, however, we perceive in reverse, which includes the information to understand it."
(Prof. Jan Teunen - Jean Tinguely)

Colors have their own sound, a voice color, and are comparable with tones in music.
Colors in the south of France sound different than colors in the north of Europe, in California different than at the equator, in spring different than in autumn. Here and there, now and then, they are determined by light and possess in the various combinations their own rhythm with inner radiance. However, they are ambiguous - physically measurable and at the same time emotionally experienceable.

Thus they always have multidimensional or contradictory effects. Colors always exist only in one context - an illustrative example:
Fishermen's houses in small, idyllic villages by the sea were painted brightly in some areas so that they would stand out from their surroundings in fog, thereby enabling safe navigation back to port when the instruments to do so were not yet available or widespread. Thus, colors fulfilled a function necessary for survival and evolved into a romantic backdrop with educational travel, economic changes, and tourism.

Colors order a composition in space and time. They give depth, structure and perspective to spaces (inside and outside). There can be certain preferences and perceptions. However, the general perception that color is purely a matter of taste can only be one starting point of many for consideration. Because individual preferences, personal taste are always to be translated into the respective situation. For example, a southern European pink works completely differently in a house in Mallorca than in an old building in Berlin. Here, the Mallorca pink can be a model and inspiration, but cannot be transferred one-to-one. Rather, it is translated from its southern European context into the cooler, northern European light so that it can develop the desired character and succeeds with a pink that is not unique. 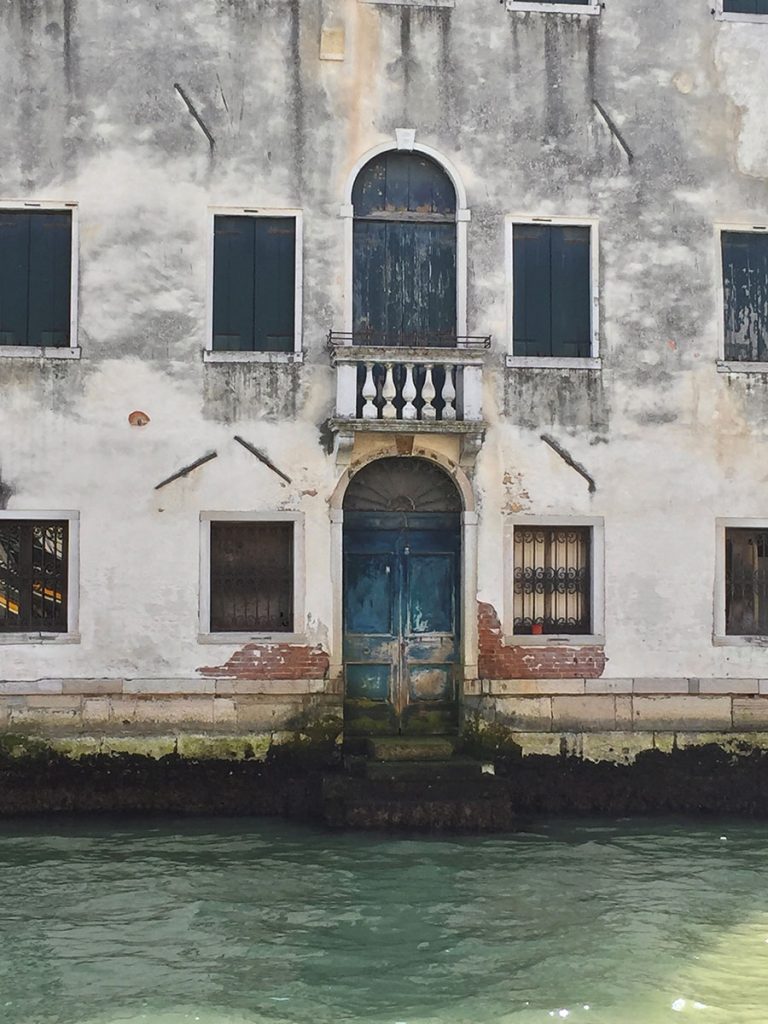 Color does not work in a one-dimensional way, as various influencers*, magazines and other journals try to convey in a plain manner as a short-term trend:
THE color of the year - THE color for a stunning entrée - THE must-have color for a more beautiful home - THE color for well-being - THE Corbusier color that works everywhere - THE Charlotte Perriand color for insiders, etc. etc.

It's seductively simple, frau*man is up-to-date and part of a community. The decision is given by means of a narrow selection.

But: the topic is much more complex and demanding.

It is characterized above all by ambiguity and contradictory effects. Color cannot be considered in isolation from its context, but rather requires, as mentioned above, the context in an overall aesthetic concept - be it for an object, a room, an apartment, a house, or a painting or photograph.

An example of how important color precision is, and with it its nuances, is illustrated by the restoration work on the Humayun Mausoleum, a large building of Mughal architecture from the 16th century in Delhi.

Twenty thousand attempts were made at matching tile glazes to find just the right shade of lapis lazuli blue. These tiles are one element of many that make the architecture unique in its overall effect.

It comes down to grasping and recognizing the complexity as a whole and giving it a language, a sound and a direction.

For as in a polyphonic fugue by Bach, there is spatiality, there is perspective and rhythm, there are parallels to mathematics and architecture. There, different motifs, forms and strands repeat themselves, mirror each other or reflect each other or link each other, repel each other, are continued in a cancerous course.

To add: a fugue is less rigid in its structures and parts and thus offers more scope for emotional and artistic expression.
(cf. Douglas R. Hofstadter: Gödel, Escher, Bach - an Endless Braided Tape)

Colors create possibilities to stage certain elements or aspects. As an aesthetic concept, they provide structure and an ordering context - this also applies to entire city districts and cityscapes. What makes Paris and Venice so unique?

Urban planners are paying more and more attention to the fact that individual house owners, with their choice of colors for facades, fit into an evolved cityscape according to a given selection, and do not, for example, choose attention-seeking garish colors that, with a personal sense of taste and need for recognition as an expression of the ego-ego, cause disastrous consequences for the overall image.

Rather, a nuanced balance must emerge that captures context so that an overall aesthetic composition can emerge that connects multiple levels and creates a sense of coherence. 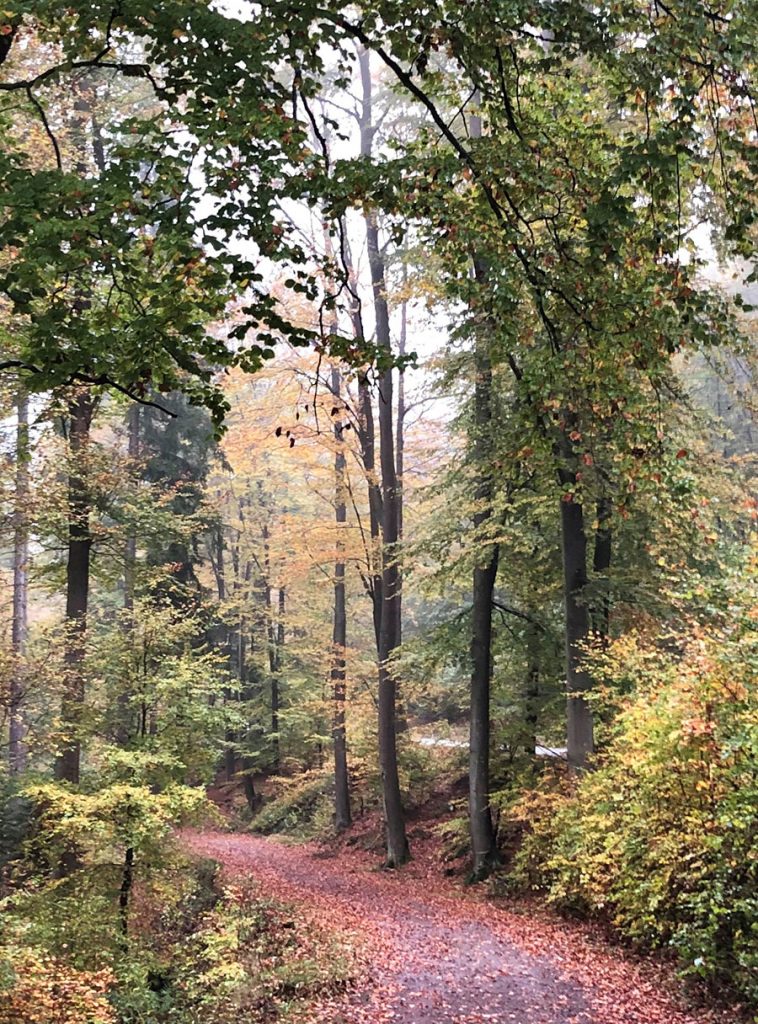 People enjoying a walk in a sunny autumn forest: There nature gives all the colors it has at its disposal: Not just one or two colors, but a whole orchestra of different colors and hues: sky blue, grass green, chestnut brown, autumn leaf red, ground gray and-and-and.... If you look closely, you discover that the forest, which seems so calm and harmonious, is full of colorful contrasts - and only from these contrasts does its lively tranquility emerge. The environment is full of liveliness, harmony, peace and harmony, even elegance - despite the recognizable diversity and the obvious contrasts.

As on a map, colors and shapes can be used to expand spatial conditions in certain dimensions or to lead them in a different direction. The basis for this is then a "landscape plan" - a concept - which guarantees a more conscious approach and thus broadens the view, extends it beyond the visible frame and to the immediate surroundings, including the wider neighborhood, as well as the neighborhood and the cityscape as a whole.

After all, color defines the character of a place. It is always dependent on the prevailing parameters, such as lighting conditions, and navigates aesthetic perception and sensation, creating contexts, connections and perspective - and thus emotions, not to be underestimated - high and low.

Thus, colors are never unambiguous, but only perceptible in their nuances, sensually experienced and grasped. This is a rule that applies equally to design with white tones. However, in the course of time, a conformity paired with a fear and flight has emerged that has chosen white as the non plus ultra, in order not to have to deal with colors, to weigh oneself in a supposed security, not to make a "mistake" and not to expose oneself to any negative criticism - "white always goes, there frau*man knows what she*he has". However:
"Who only knows black and white and knows nothing at all about colors or even nuances" - or wants to know - "who gets through with his simple optics in the best way. The fact that the richness and beauty of the colors are lost in the process does not bother the color lover. He enjoys the perfect manageability of his reduced world."
(Jörg Scheller in an interview with philosopher Wolfgang Welsch: "Das angebliche Eigene ist hochgradig fiktktiv", 26.09.2017, Neue Zürcher Zeitung)

Different stones of a kaleidoscope, put themselves together again and again to form new images. From these mosaic stones, new facets then emerge again and again, which in turn form new aspects in ever new constellations.
In the interplay, colors lose their uniqueness, appear "brighter or darker, more or less intense, more luminous or duller, warmer or colder, thinner or lighter or thicker or heavier, higher and closer or deeper and farther away, opaque becomes translucent, colors close to each other seem to overlap..."
(Josef Albers)

In a composition, colors can also always be divided into main and secondary colors, neighboring colors, subcolors - the latter influence the effect of the basic color.
In the interplay of color identities, which enter into a relationship with each other and change each other, everything revolves around the creation of a complex balance. Thus, color that shines on its own exists only in the context of another color.

"Moreover, whatever exists out of itself will either act on something else or, conversely, accept that something else acts on it."
(Lucretius, "DE RERUM NATURA - On the Nature of Things," First Book: Of the Primal Elements, 440)

With multiple colors and a wider choice, liveliness, movement and well-being are created. People like to look at the sea or mountains, because in the vastness the colors change constantly, the moods change. Perhaps a unity can be felt here that was taken for granted in earlier times: the unity of music theory, mathematics and philosophy. In this understanding, the unison of melodies was transformed into harmonies carved in stone, to which, for example, the pyramids in Egypt bear witness. For geometric forms appear as harmonically divided when they are divided exactly in the ratio of musical tone intervals and then this division ratio is transferred as tones into buildings.

The Fibonacci number sequence including the golden ratio, discovered in the 14th century, is also such a basic principle of an aesthetic inherent in nature. 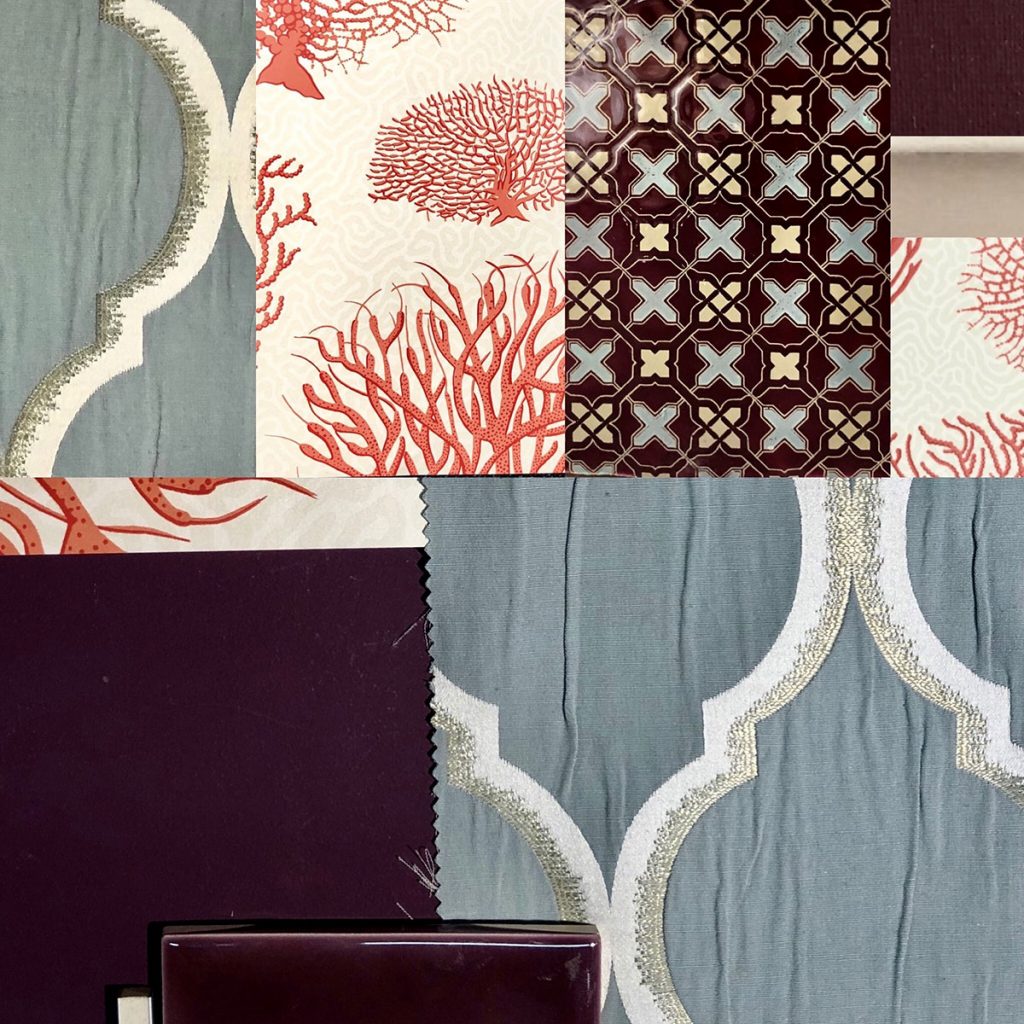 For interesting design possibilities, this principle can be deliberately deviated from in order to create attractive tension relationships with disharmonies.

The latest findings from quantum physics lead exactly there again, make clear how much it depends on networked thinking, perception and recognition to make different potentialities reality and which aesthetic foundations are laid in our world.

Reference: The definition for the term "color" in the aesthetics lexicon by CONTOR FRANCK
https://contorfranck.de/glossary/farbe/

Das Ästhetik-Lexikon bei CONTOR FRANCKBackThere is no arguing about taste – Oh THAT!